As we just discussed, a beam of electrons in a vacuum can be deflected by a magnetic field. Can the drifting  conduction electrons in a copper wire also be deflected by  a magnetic field? In 1879, Edwin H. Hall, then a 24-year-old graduate student at  the Johns Hopkins University. showed that they can. This Hall effect allows us to find out whether the charge carriers ina conductor are positively or negatively charged. Beyond that, we can measure the number of such carriers per unit volume of the conductor, Figure 29-8a shows a copper strip of width d, carrying a current i whose conventional direction is from the top of the figure to the bottom. The charge carriers are electrons and, as we know, they drift (with drift speed Vd) in the opposite direction, from bottom to top. At the instant shown in Fig. 29-8a, an external magnetic  field ii, pointing into the plane of the figure, has just been turned on. From Eq.29-2 we see that a magnetic deflecting force F8 will act on each drifting electron, pushing it toward the’ right edge of the strip. As time goes on, electrons move to the right, mostly piling up on the right edge of the strip, leaving uncompensated positive charges in fixed positions at the left edge. The separation of positive and negative charges produces an electric field £  within the strip, pointing from left to right in Fig. 29-8b. This field exerts an electric force FE on each ‘electron, te ding to push it to the left. . An equilibrium quickly develops in which the electric force on each electron  builds up until it just cancels the magnetic force. When this happens, as Fig. 29-8bshows, the force due to ii and the force due to ‘£ are in balance. The drifting electrons then move along the strip toward the top of the page at velocity Vd’ with no further collection of electrons on the right edge of the strip and thus no further increase in  the electric field £.A Hall potential difference V is associated with the electric field across strip width d. From Eq. 25- 2, the magnitude of that potential difference/is

By connecting a voltmeter across the width, we can measure the potential difference between the two edges of the strip. Moreover, the voltmeter can tell us which edge is at higher potential. For the situation of Fig. 29-8a, we would find that the left . 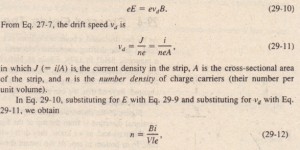 Figure 29-9 shows a solid metal cube, of edge length d = 1.5 ern, moving in the positive y direction at a constant velocity v of magnitude 4.0 m/s. The cube moves through a uniform magnetic field if of magnitude 0.050 T directed toward positive z.

(b) What is the potential difference between the faces of higher and lower electric potential?

3. However, as the charge separation increased, eventually magnitude FE became equal to magnitude FB• The net force on any  election was then zero, and no additional electrons were moved to the left cube face. Thus, the magnitude of FE could nOl increase further, and the electrons were then in equilibrium.

We seek the potential difference V between the left and right cube faces after equilibrium was reached (which occurred quickly).