Diffraction finds a ready explanation in the wave theory of light. However, this theory, originally advanced in the late 1600s by Huygens and used 123 years later by Young to explain double-slit interference, was very slow in being adopted, largely because it ran counter to Newton’s theory that light was a stream of particles. Newton’s view was the prevailing view in French scientific circles of the early nineteenth century, when Augustin Fresnel was a young military engineer. Fresnel,  who believed in the wave theory of light, submitted a paper to the French Academy of Sciences describing his experiments with light and his wave-theory explanations of them. In 1819, the Academy, dominated by supporters of Newton and thinking to challenge the wave point of view, organized a prize competition for an essay on the subject of diffraction. Fresnel won. The Newtonian, however, were neither converted nor silenced. One of them, S. D. Poisson, pointed out the “strange result” that if Fresnel’s theories were correct, then light waves should flare into the shadow  region of a sphere as they pass the edge of the sphere. producing a bright spot at the center of the shadow. The prize committee arranged a test of the famous math- 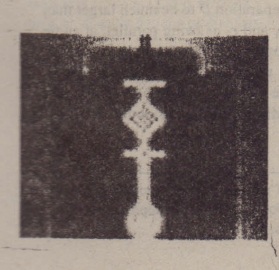