The Kinetic Energy Of Rolling

Let us now calculate the kinetic energy of the rolling wheel as measured by the stationary observer. If we view the rolling as pure rotation about an axis through. 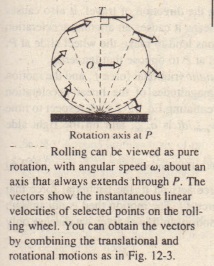