To verify this answer. let us use it to calculate the linear speed of the top of the rolling wheel from the point of view of a stationary observer. If we call the wheel’s radius R, the top is a distance 2R. 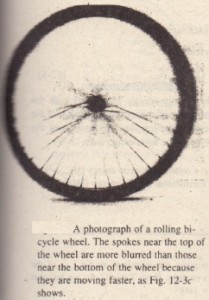